Part of the documentary series looking at the history of the resistance movements in Occupied Europe during the Second World War. This volume traces the history of the resistance in Holland, as Dutch fighters risked capture, torture and execution to help liberate their country from the Nazis. Features interviews with survivors, as well as rare archive footage and dramatised reconstructions. 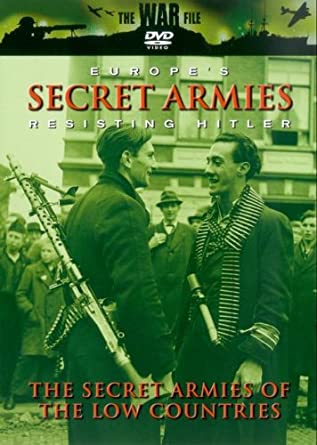 In 2005 I was one of the actors in a documentary, shot by Eagle Media Productions for Discovery Channel. This documentary, called “Europe’s Secret Armies” was about Secret Armies in occupied territory during World War 2. In the first episode “The Secret Armies of the Low Countries” you will find me sitting behind a typewriter, filling out some paperwork for the Dutch resistance. Items displayed above are paper props made by me.

You can also see some film footage of me from the documentary, put together in a small movie “The Forger”.