The story is set in the late 1980s, when the south of the Netherlands is startled by a series of gruesome and deadly attacks by the Northern Irish terror group IRA. The terrorists have anticipated English soldiers who are stationed in Germany and who go out a lot in Limburg.

Night has fallen when on 27 May 1990 on the Markt in Roermond, two Australian tourists and their friends take a photo of the illuminated town hall. Out of nowhere, four masked persons of the feared terrorist organization IRA take the group under fire from a car. Stephen Melrose and Nicholas Spanos in their twenties do not survive this attack. A day after the attack, the IRA in Ireland apologized. It was a mistake. The Australian tourists drove in a rental car with British registration and were mistaken by the terrorists for British soldiers. No one has ever been detained: the IRA suspects were acquitted.

Two years before the deadly attack in Roermond, the IRA also committed an attack in Nieuw-Bergen. British soldiers were killed when a bomb exploded under their car.

Paul van Galgendonk’s book Ruger .357 was published in 2015 and director Pieter Kuijpers from Tegelen is now making a TV series based on that book, among other things. After many conversations with Cees Verhaeren, in 1990 the leader of the international intelligence team that investigated the IRA attacks, a script was written for a four-part drama series.

The then intelligence officer Verhaeren is satisfied with the result. “It is not a documentary, but a drama. Based on the truth of our research team. And yes, that is a different truth than what you can ultimately prove in criminal proceedings. ” With this Verhaeren refers to the painful outcome of that process. It was precisely by ignoring the men in suits that the research team received a lot of information about the IRA. Four suspects were arrested but eventually acquitted.

In the late 1980s, at the end of the Northern Ireland conflict, “The Troubles”, the south of the Netherlands was startled by a series of horrific IRA attacks. They are aimed at English soldiers who are stationed in Germany and who often go out in Limburg. A specially formed team of local detectives is tasked with arresting the group of terrorists who see themselves as freedom fighters. The investigation team gradually suspects that high-ranking Dutch and international authorities are doing everything they can to prevent the arrest. Meanwhile, the terror cell is preparing an attack in the Netherlands of unprecedented magnitude, better known as “The Spectacular”.

The series is told from the perspective of two women from different camps, who find themselves diametrically opposed when team head Jeanine Maes (Hadewych Minis) starts the hunt for the mysterious Fiona Hughes (Aoibhínn McGinnity), the most ruthless and only female member of the series. the IRA cell. The international cast of “The Spectacular” also includes Michel Sluysmans, Jacob Derwig, Peter Blok, Aoibhínn McGinnity and Game of Thrones faces Kerr Logan and Ian Beattie.

The Spectacular is a grand project, with an international cast, set in different parts of Europe. Due to the tightened COVID-19 measures, it is impossible to record the series in different countries. For that reason it was decided to rebuild all foreign sets in a studio in the Netherlands. Never before has this been done for a series of this size. The actors then act in a green space and after a lot of computer work it seems as if they are really outside. A commonly used technique in Hollywood, but not in the Netherlands.

The Spectacular is being developed by VPRO and if everything goes according to plan, the series will be shown on NPO 3 by the end of 2021. The Spectacular also appears on streaming service NPO Start. 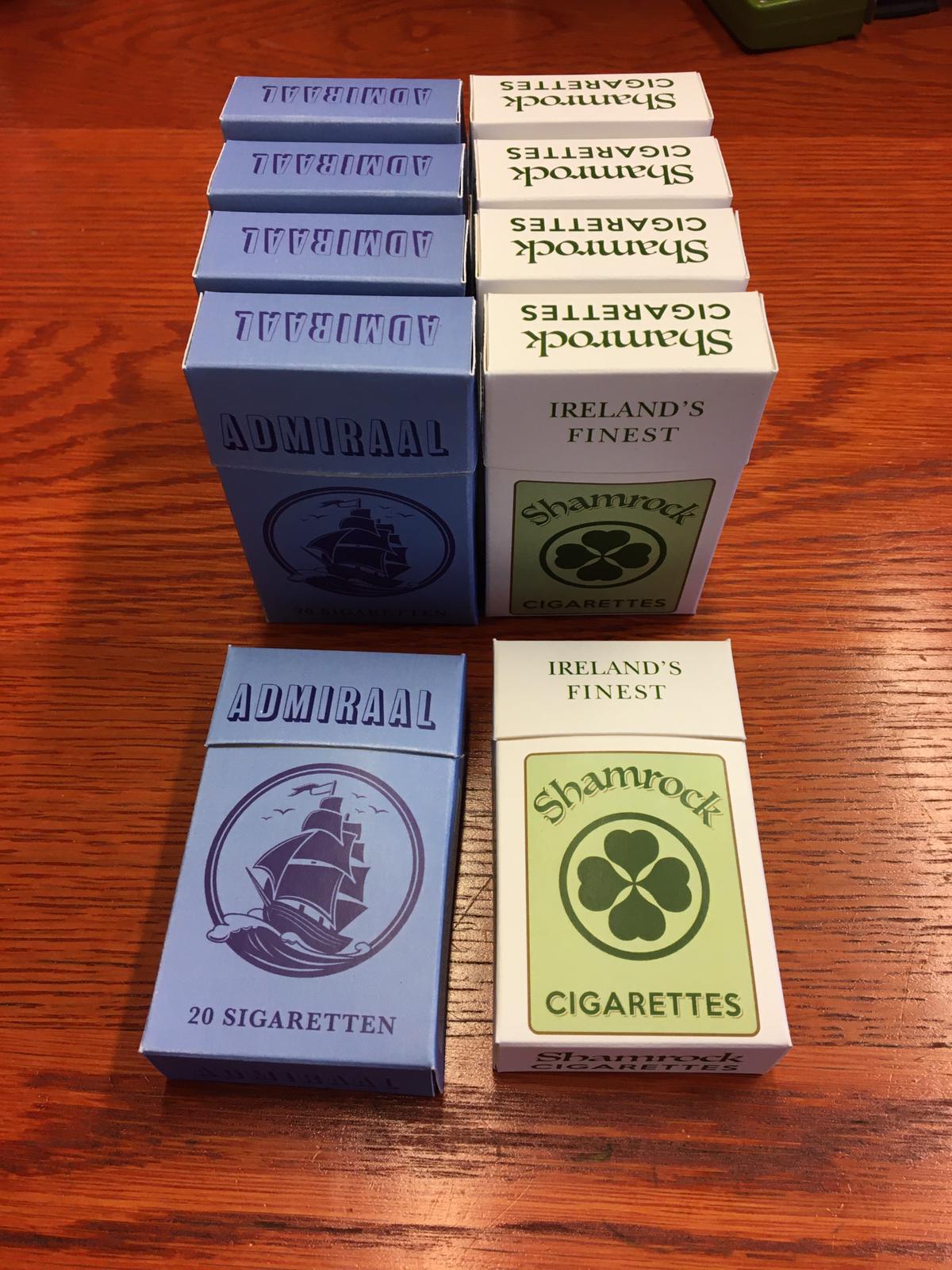 What started with a few cigarette packs grew into more, such as ferry tickets, passports and rolling tobacco packaging. The tobacco items had to be non-existing brands, so my graphic skills came in handy.

A few items are shown above.

Back to the Projects